We then went in for tea once again Mike thanked everyone for coming along and made a special thanks to the ladies for doing the teas we then proceeded outside to try and finish the game but we had to  call it of after 4 ends and both captains decided to call it a honourable draw we then proceeded up into the Bar with Mike starting of the proceedings by making some special thanks to the Rink from Pendine who as usual helped us out also Mike Roth and Steve Taylor and the Bar Staff and last but not least Lewis Hilling who played his first game this year followed by him being master of ceremonies with his jokes He had everyone in laughfter for about 30 minites Mike then presented Captain Casey with a glass with the Tenby coat of arms and in return exepted a Llandarcy Club Tie Mike was then asked to present the losing rink with a chain and hat which they had to wear till  next day then to finish a well enjoyed afternoon Mike lead the singing with we will keep a welcome.

On Monday 30th June Tenby Played host to Kettering Athletic B C.  After a rather dull start in the morning with the weather conditions. At 2.00pm the sun came out and it turned out to be a nice afternoon. First of all captain Mike welcomed Captain Albert and the visitors looking forward to a nice friendly afternoon's bowling. At 10 ends we all went in for teas with both Captains thanking the ladies for the refreshments.

Rink 4 Saw S Askew & B Winstone up front supported by J Taylor & R Silcox at the half way stage it was all  level But in the second half with Tenby stuck on 12 for 5 ends it must have been a unlucky number  The visitors went on to win by 7 shots. Rink 5 Saw J Rees 7 B Benham up front supported by G Beeken & G Hill At the interval Tenby were 2  shots down  But in the second half  came back to take 6 shots in the last 3 ends and went on to win by 4. Rink 6 Saw  M Skyrme & F Broomhead  up front support by H  Ebdon & J Hubbard. Tenby did not get off to a very good start by being 9 shots down in the first half and in the second half things were more or less the same with the visitors winning by 10 shots.

After the game Captain Mike one again welcomed Captain Albert and all the visitors for what  as been a very nice and friendly afternoon  although Tenby won by 21 shots. He announced it as a draw he also wished them all the very best for the rest of there Tour and a safe journey home  He then went on to present Captain Albert with A glass with the Tenby coat of Arms. In reply captain thanked all Tenby for an Afternoon that they have all enjoyed and went on to present Mike with a bottle of Wine. To Finish the afternoon of because this first friendly with a team from across the border Mike decided with the help of R Taylor and players to sing WE WILL KEEP A WELCOME 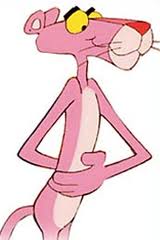 On Sunday 1st May, Tenby played host to Panther Tourists from Somerset who had hired the green from 10.00am to run a competition of their own consisting of two wood triples. With Club Captain Mike putting on teas at 11 am followed by Helen Baggott and Lynn Delabertouche providing a lovely buffet after they had finished their competition. Thanks to everyone who made the effort to play especially the ladies and the juniors Ben and Luke. It was then time to play the match but before we started it was decided to play the other way much to the surprise of the tourists.  Captain Mike then welcomed captain Clayton and Panther Tourists to Tenby wishing everybody all the best for the afternoon. Tenby went on to win on all six rinks but you would’t have thought that was the case because of the noise and laughter all the way through the game the atmosphere was fantastic from begining  to end.

Rink 1 Saw D Rees and P Barnikel up front with J Taylor  and K Lloyd as skip at the back end. At 10 ends they were well in command 8 shots  in front,  in the second half they kept the pressure on and won by 13 shots. Rink 2 Saw G Beeken and R French up front supported by A Hooper & D Spencer , this was a different story with Tenby 3 shots down at the halfway stage but after a closely fought battle in the second half went on to win by 2 shots.

Rink 3 Saw B Simmons and A Owens up front supported by V Williams and D King Thomas, this Rink was a bit of a one sided affair with Tenby 11 shots up at 10 ends and in the second half kept up the pressure to win by 21 shots. Rink 4  saw H Ebdon and S Davies up front supported by H Baggott and R Taylor. This was more or less the same as Rink 3, 11 shots up at the half way stage and going on to win by 23 shots.

Rink 5 Saw M Skyrme and H Meades up front supported by L Rees and M Gouldingay. This was a lot closer game with Tenby being 3 shots up at the interval and going on to win by 6 shots in the second half. Rink 6 saw J Rees & R Hine up front well supported by J Hubbard and A Redman. At the half way stage Tenby were 18 shots up, but in the second half Tenby failed to score for eight ends but went on to win by 13 shots.

After the game Captain Mike congratulated Captain Clayton on their centerary year and wished them all the very best. He then presented them with a commenorative glass with the Tenby Coat of Arms, He also presented the winner of the morning ‘s competion with badges and pens and informed them that he has booked them in for 2012 and wished them a safe journey home.

On Sunday 22nd May  Tenby played host to Pontyclun B C. On a very windy cold but dry afternoon but that did not lower The spirit of the game only that everyone could not wait to come in after 10 ends for teas & biscuits With Captain Mike welcoming Captain Alan and all the members of Pontyclun and went on to thank The staff in the kitchen for the teas and biscuits In reply Captain presented Mike with a Pennant on the behalf of Pontyclun B C.

Rink 2 Saw S Askew & D Rees supported by H Ebdon & R Taylor this Was In Tenby’s favour being 12 shots in front at 10 ends and went on to win by 11 shots. Rink 3 Saw V Roberts & R French supported by S Davies & K Lloyd, at 10 ends Tenby were 5 shots down but with Pontyclun not scoring for 6 ends Tenby pulled back to a loss of 2 shots.

Rink 4 Saw B Winstone & J Taylor  supported by B Simmons & L Rees. At 10 ends Tenby were 8 Shots in front  in the second half  they managed to hang on to a 2 shot lead. Rink 5 Saw C Jones  H Meades  P Barnikel  M Gouldingay At 10 ends this rink was well down by seven shots but in the second half came back to force a draw. Rink 6 Saw M Skyrme & J Rees up front with G Hill and Ben Cloake at 10 ends they were well up with a 7 shot advantage  and in the second half held on to win by 4 shots.

After The Game captain Mike once again welcomed every one for coming along and supporting the friendly he also went on to wish Pontyclun all the best in the Carruthers as they had just qualified and in there league and then presented captain Alan a glass with the Tenby coat of arms  on and wished them a safe journey home.

Last Saturday in glorious sunshine, Captain Mike welcomed Captain Ewain and the Ammanford Bowling Club for our annual friendly fixture . It proved to be a very close fought match with Tenby going on to win overall by just 1 shot, mainly thanks to a fine win of 23 shots by the rink of John Roberts, Mike Jackson, Ben Cloake & Neil Dickinson. The Tenby team comprised 3 rinks from Tenby and 3 rinks from Five Arches.

On rink 1, a very close game with Tenby 5 shots up after 10 ends but in the second half Ammanford pulled the shots back forcing a draw. Rink 2 saw Tenby were well in control, 7 shots up at the half way stage and in the second half there was no stopping them as they picked up 11 shots in 3 ends and went on to win by  23 shots.

Rink 3 was a very close game with Tenby 2 shots down aftert 10 ends but they made a come back in the second half by picking up 6 shots in 2 ends and went on to win by 1 shot. Rink 4 was a close game to start, with Tenby 5 shots up after 10 ends, but in the second half Ammanford had it all their own way by picking up 15 shots and they went on to win by 9 shots.

Rink 5 was a close encounter all the way through with Tenby being 2 shots down at the interval. The rest of the game continued  in the same way with Ammanford holding on to their 2 shot lead. On rink 6, at the interval Ammanford were well in control, unfortunately things continued much the same in the second half.