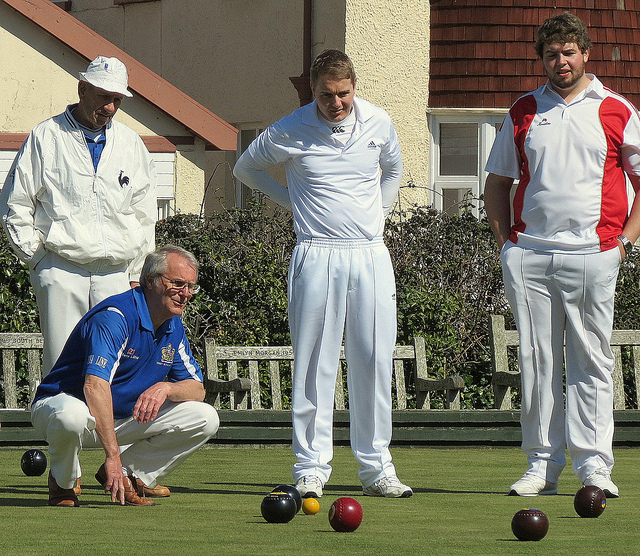 On a glorious Saturday afternoon, Tenby entertained Kidwelly in the annual curtain raiser to the competitive bowling season. Kidwelly fielded a very strong team and with Tenby short of a number of their star players, an interesting game lay ahead. On rink 1 Jon and his lads fought well but finally succumbed by 10 shots, Captain Andrew on Rink 2 and a close tussle with bowls wizard Matthew Partridge but eventually fell short by 4 shots and Tony and his rink had a day to forget on rink 3 losing heavily to Colin Jones. Rink 4 was the bright spot of the day, Gerald skipping for the first time , inspired his teammates to a thrilling one shot victory. On the remaining rinks, normal service was resumed as Kidwelly won by 8 shots on rink 5 and by 4 shots on rink 6. Congratulations to Kidwelly for their comprehensive win, the final score Tenby 92  Kidwelly 155